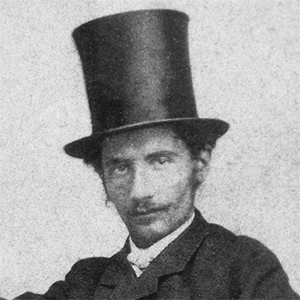 Cecioni fought for his ideals with a rifle, paintbrush, chisel and pen. Today, he is most remembered for his writings on the contemporary art of his time. Born in vicinity of Florence, he studied sculpture and painting at the Florentine Academy of fine arts. As a student, he was also an active combatant in the war for Italian unification. Due to his yet enough conventional style, he won a scholarship and thus possibility to reside and study in Naples and to enjoy a prestigious position among young local artists. They gathered around him, painting both landscapes and contemporary scenes in a non-academic realistic style. His attempts for a breakthrough in the art metropoles of Paris and London remained unsuccessful. He died prematurely just weeks before his 50th birthday. Today his work is much better known in Italy than elsewhere; the majority of his scarce opus is held outside the public sphere in private collections.