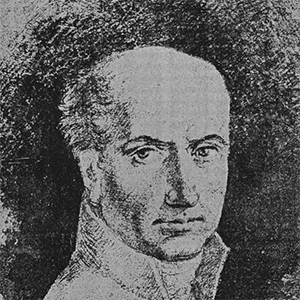 The last baroque painter in Slovenia and the first self-pronounced Carniolan artist. Born in an artistic family, both his grandfather and father were painters. Leopold was taught in the family workshop in Kranj that he later inherited together with clients that were mostly church dignitaries. In 1809, Slovenian territory became part of the Illyrian provinces under French rule. Uncertain times of war decimated Layer’s commissions, and to make ends meet he used his skills as a forger of Austrian banknotes. During a house search, his wife dropped a prayer book filled with forged money. The painter, his wife, brother and maid were arrested. Brother has died in jail, however, Leopold was released – only to lose his workshop in a fire a few months later.