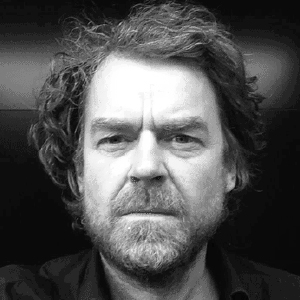 Chris de Bode is drawn to dramatic stories of people, especially children. His photographic work was commissioned by several non-governmental organisations like Save the Children, Aids Funds/Stop Aids Now, MSF, Greenpeace, VSO, CARE, Oxfam, Cordaid and also several UN branches like UNFPA, UNHCR and WHO. He is also acknowledged author of documentary films. He has broad experience in mentoring workshops in several countries educating photographers on all levels focusing on story telling in pictures. A winner of first prize World Press Photo award. Born 1965 in the Netherlands.

Based on an exclusive licence agreement with Ercigoj, five of his best photographs were monumentalized in Ercigoj stitch technique. They encompass a wide range of motifs, from art to documentary photography. Each one is available in limited edition in different sizes. Each one comes with a Certificate of authenticity, hand signed by de Bode.